Mirror, Mirror On the wall, Who takes care of it all 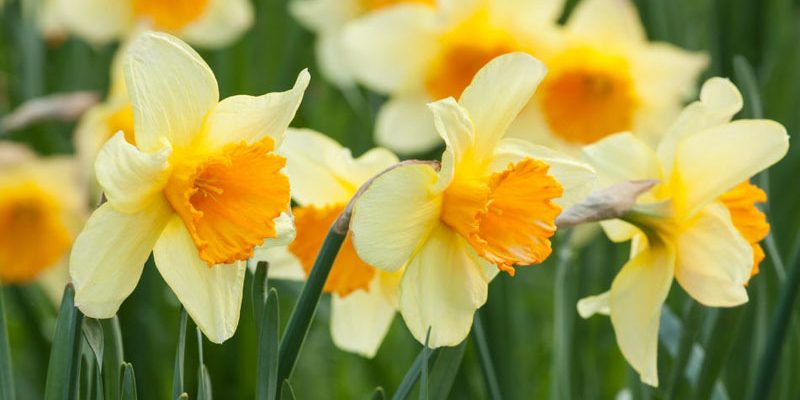 All parts of United Kingdom has their own national flowers. England has the rose, Wales – the daffodil, Scotland – the thistle and Northern Ireland –  the shamrock. In several articles we will tell you interesting facts about all of these plants. Now let’s start with the Wales’ national flower.

The other common known name for Daffodil is Narcissus.  It flowers from March until May and its size reaches from 20 to 60 centimeters depending on the particular species. Like the other bulb plants it has to be planted in the autumn in 10-15 centimeters depth. It loves sun and slightly shaded places.

The flower has a very interesting legend about its appearance. Narcissus was a very handsome young man, who lived in Beotia in Ancient Greece. He was the son of the river god Cephissus and the nymph Liriope. The prophet Tiresias told his parents that their child would live to old age only if he never see his face. Narcissus became a very handsome young man and many nymphs tried to get to his heart, but he was indifferent to all. When the nymph Echo fell in love with him, he also pushed her away.

According to one of the versions of the legend, the rejected women wanted to punish him and the goddess of revenge Nemesis heard their wishes. Once when he went back from hunting Narcissus saw his reflection in the water and fell in love with it. Watching his face, he tried to kiss it and drowned in the water.

Another version of the story claims that one of the cherubim was in love with the nymph Echo and decided to punish Narcissus and made him fell in love with his own reflection.

The third version claims that the nymph Echo cried: “I hope you will fall in love some day, Narcissus! And the one you loved will get back to you in the way you get back to me!” The wishes of the nymph came true, because the goddess of love Aphrodite heard them and became very angry. She decided to punish Narcissus. He died of love in his face, which he saw on the surface of crystal clear river water. Beautiful white and yellow flowers have grow on that place. We called them narcissus /daffodil/. The name of the young man became also a term for pride and self love.

Do you have daffodils in your garden? Contact us, if you want to take care for these beautiful flowers the way they need.

Eco-Friendly Ways to Clean with Vinegar
22nd May 2020